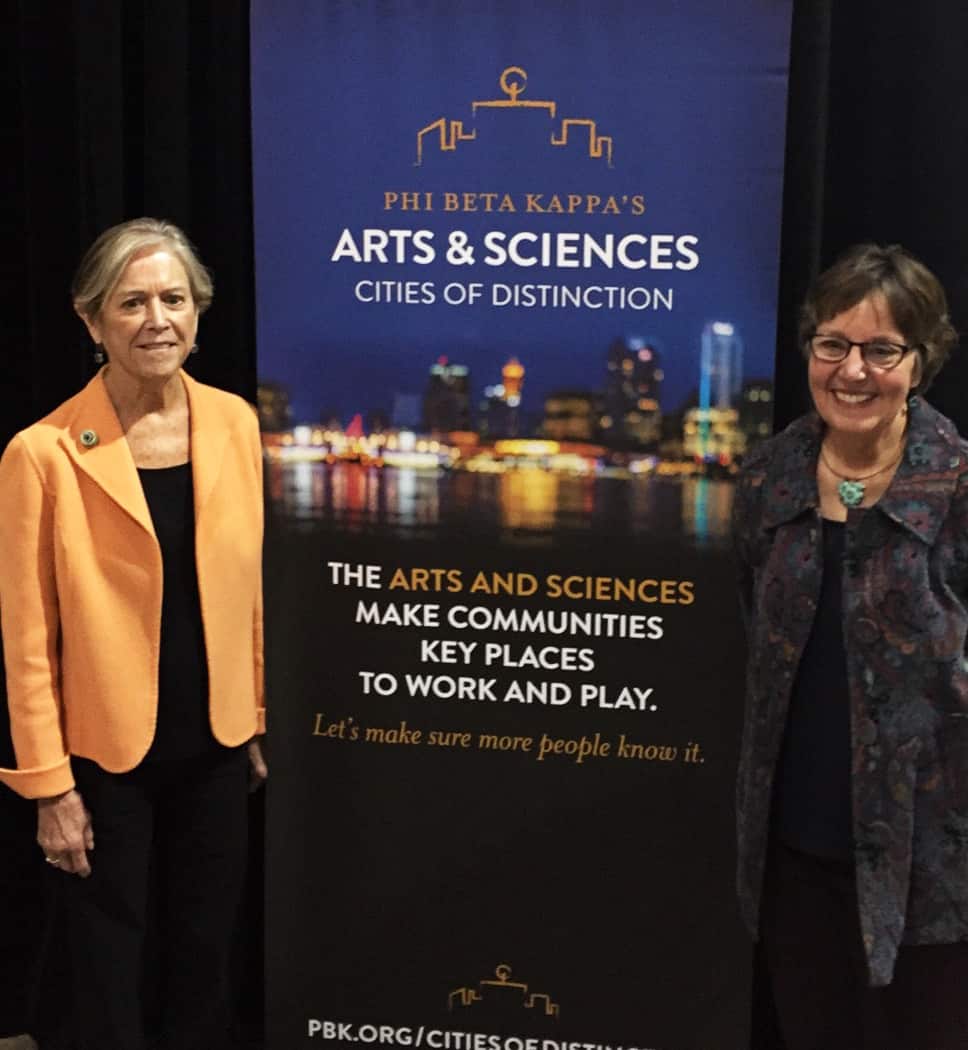 Phi Beta Kappa has named Portland a City of Distinction, recognizing the exceptional artistic vitality, cultural vibrancy and scientific engagement of our community.

“To have a city be recognized not for any political reason, but for the depth of its cultural life, is a very significant thing,” said Frederick M. Lawrence, CEO of Phi Beta Kappa, at a reception at OMSI on October 19th. Lawrence noted that nonprofit arts organizations in the Portland metro region have an economic impact of $253 million a year, and 62% of Portland voters approved the Arts Education & Access Fund in 2012 as a way to fund more art and music teachers, and more grants for arts and culture organizations.

Eloise Damrosch accepted the award on behalf of the city.

“Creativity here is encouraged and thrives,” said Damrosch. “We all know that innovation, collaboration, creativity and problem solving are the basic skills needed in the 21st century, so it’s truly an honor to be recognized for excellence in the intersection of arts, sciences and education.”