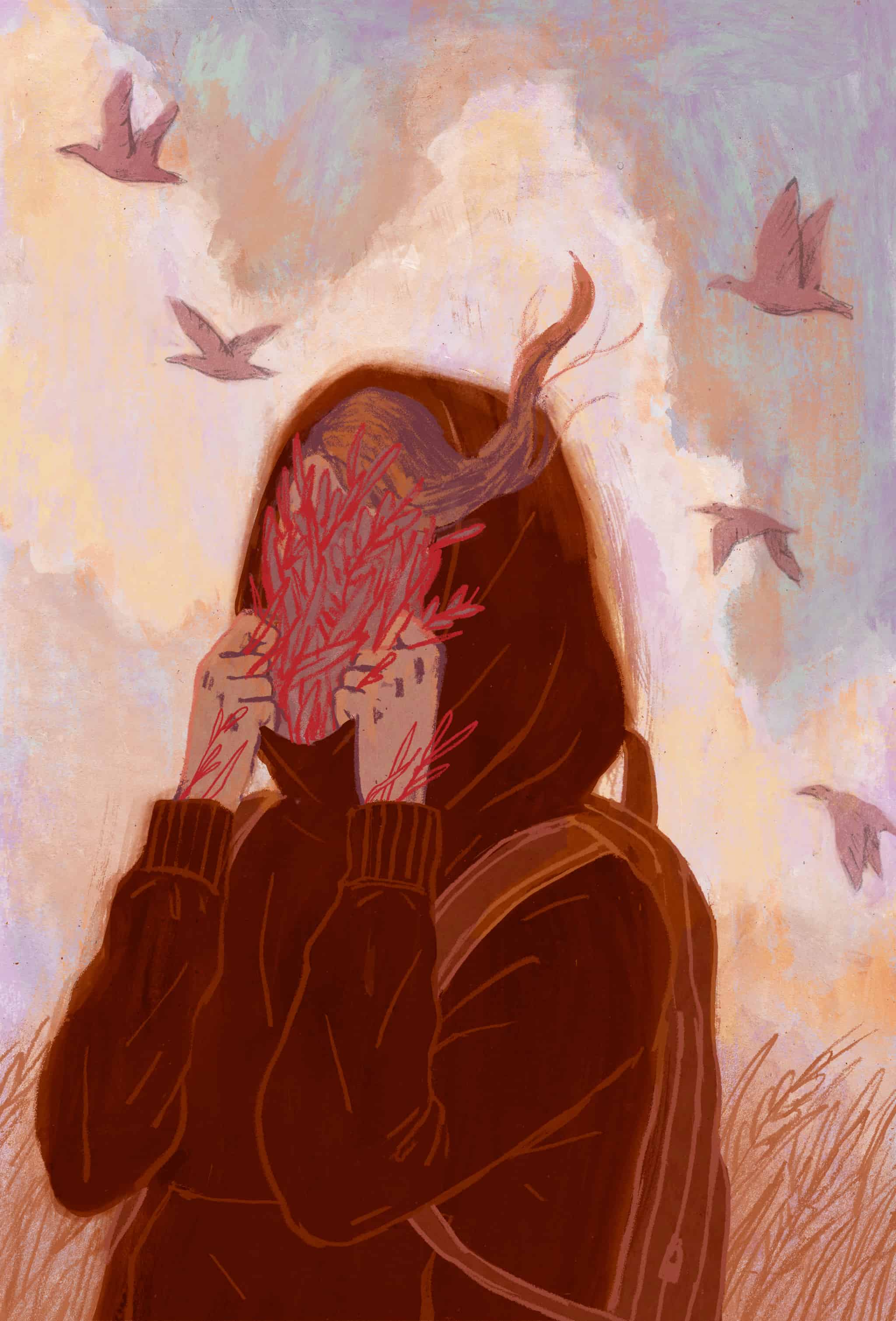 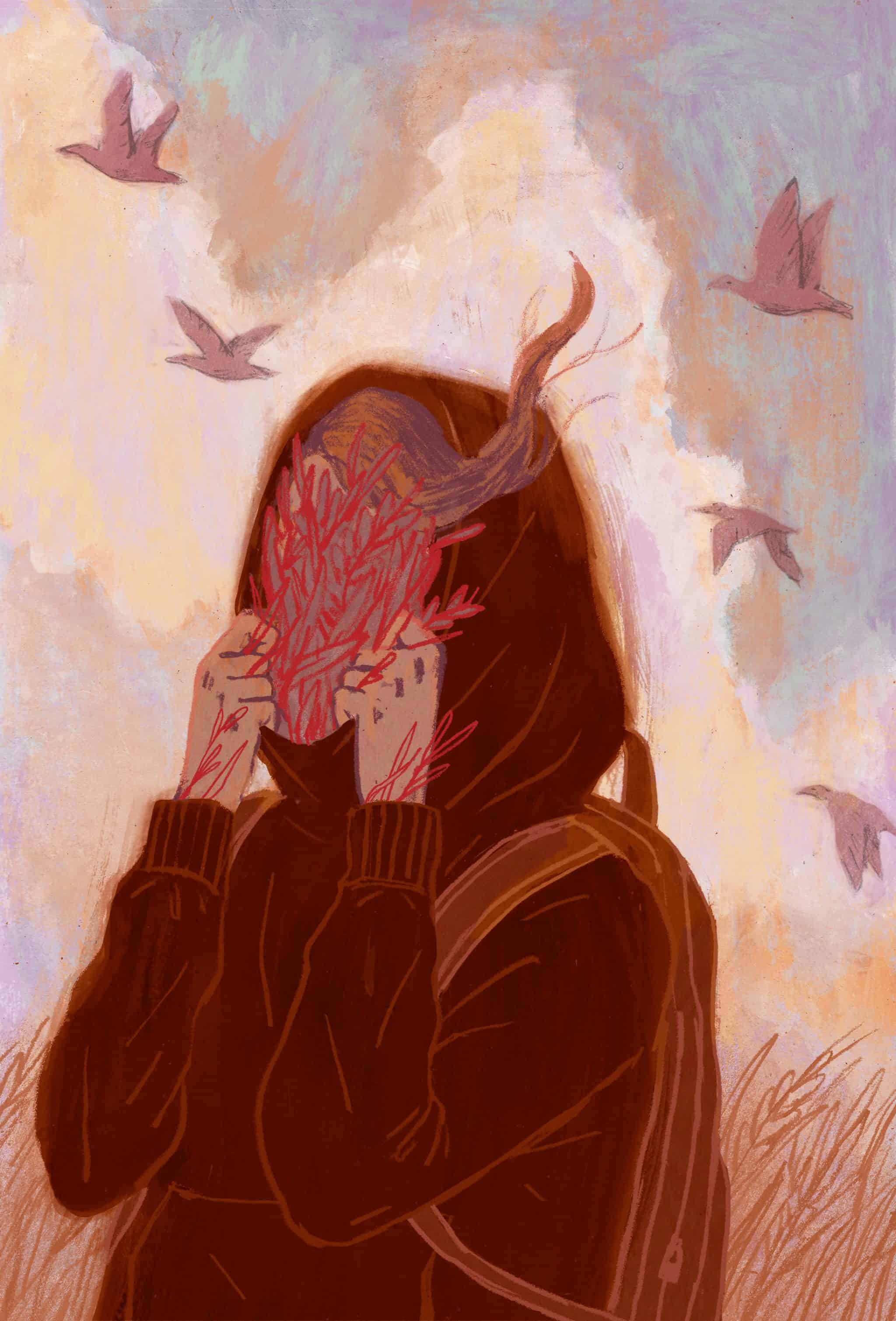 In a city known for murals, how do you get your foot (or art) through a door when you’re an emerging artist of color? Fresh Paint, a partnership between RACC’s Public Art Murals program and Open Signal, offers that door to have artist work in the public realm.

In this 2019 cycle of Fresh Paint, a selection of new emerging artists have the opportunity to paint a temporary mural on the exterior of the Open Signal building facing the highly-visible Martin Luther King Jr Blvd. Each mural is up for a period of months until it is painted over in preparation for the next mural. But what’s unique about this program is that it doesn’t just provide a wall for a mural – the program offers resources to emerging artists that would not typically have access to, which then gives them space to explore working in the public sector and incorporating new approaches and skills in their artistic practice and experience.

As part of the artist team (which also includes Maria Rodriguez and Victor Gomez aka Bizar Gomez) that currently have their mural on Open Signal, Anke Gladnick is an illustrator who grew up in California and somehow found their way to Portland, Oregon. Through a mix of collaged analog and digital elements, Anke’s work is both visually and conceptually layered with a focus on the surreal and is inspired by dreams, nostalgia, and a sense of poignancy.

The artists’ mural is currently on display through September 30, 2019. We caught up with Anke after the completion of the mural to talk about the work and experience with Fresh Paint:

Tell us about the collaborative mural you created for this program. Can you walk us through your process of conceptualizing a mural and bringing it to life?
Since the three of us mostly have experience as editorial illustrators, we approached it as such when started conceptualizing it. We initially knew we wanted the image to communicate the idea of POC coming together in solidarity with each other. After a bit of brainstorming we eventually decided on what was the most important action in fostering empathy with those who have similar and yet different struggles; talking to each other.

The actual image came together pretty quickly once we knew what to illustrate. We divided up the image into three parts that would play up to each of our illustration “specialty”: Victor and I designed the figures while Maria designed the more conceptual, graphic elements that would tie everything together. After that, all that was left was the painting, and while our image was pretty much set at this point, we now had to deal with the logistics of actually creating a mural.

What was it like to paint your first mural on the Open Signal building?
It was such a positive experience! My absolute favorite part was seeing others engaging with the mural as we were in the process of creating it; people coming up to us to ask questions and leaving with words of encouragement and appreciation, seeing people stop and take pictures of the mural from the other side of the street, people driving by and yelling “great work!”… Art tends to be such a solitary pursuit that it’s refreshing to be creating in a public space and getting immediate feedback from others. 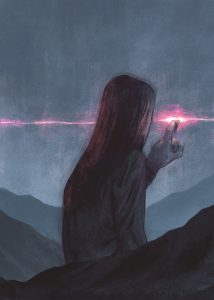 Since your Fresh Paint mural, what have you been up to? What are some lessons you’ve learned along the way since your first mural?
I think one of the biggest takeaways was learning how to manage such a big project and breaking it down step by step all the while persevering throughout the painting process. We all knew that painting a mural takes time since we had helped other people on their murals, but I don’t think we fully anticipated just how time-heavy and physically demanding painting a mural can be. If we were to do another mural, remembering all that would do wonders for our morale. We were so dejected after day one at how little we seemingly got done, but I think in retrospect we got a lot more done than we think. Art is a marathon, not a race!

As an emerging muralist, what thoughts or words do you want to offer emerging muralists/artists?
Your first mural is going to take much, much longer than you think! When we started the mural we thought we’d be finished in 2 days with the three of us working. After day two, we had just finished sketching it out and painted the wall blocking in maybe 3/4ths of it. Also, painting while standing on an A-frame is not so bad. Just hook one arm around the frame for safety.

What are you up to now? Where can we find you and your work?
Right now I’ve been currently working on a mix of editorial and comic projects, one of the biggest ones being Postcript , an upcoming comics anthology with a bunch of extremely talented comic artists who attend or recently graduated from PNCA and is the final book in the Unversed series of anthologies. The Kickstarter starts May 17th and you can find more info about Postscript and the other Unversed books at unversedcomics.com. You can always view my work online at my website or at most social media websites at “ankegladnick” (one of the perks of having an unusual name). Twitter/instagram/tumblr: @ankegladnick

Fresh Paint is a professional development program, now in its second year, that provides emerging artists of color the opportunity to paint a mural in a high-traffic setting for the first time. The goal is for each artist to learn new ways of creating art in a public space, as well as to build their portfolio. To learn more about the program, contact Salvador Mayoral IV (RACC)