The Right Brain Initiative challenged to raise $25,000 from individuals 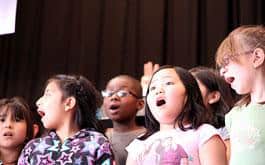 The Right Brain Initiative, an arts education program of the Regional Arts &Culture Council, has been awarded a significant matching challenge grant from the Maybelle Clark Macdonald Fund. This grant incentivizes program staff and stakeholders to raise $25,000 through individual gifts of $250 and higher by June 2013. Ready to meet this challenge, Right Brain […] 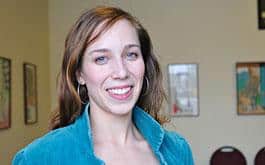 The Regional Arts & Culture Council today announced that Rebecca Burrell, outreach specialist for The Right Brain Initiative, has been elected to the Emerging Leaders Council of Americans for the Arts. AFTA is the nation’s leading nonprofit organization for advancing the arts and arts education. In addition to developing communications and coordinating community engagement programs for […]

The Regional Arts & Culture Council (RACC) announced today that $732,440 will be awarded for artistic projects scheduled to take place in 2013 – including 66 grants to organizations and schools, and 94 individual artists in Clackamas, Multnomah, and Washington Counties. This is the largest sum that RACC has ever awarded for project grants. RACC’s […]