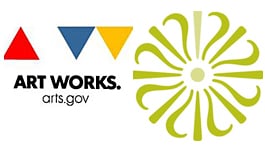 The letter was sent on February 15, 2017 by Senator Kirsten Gillibrand (D-NY), and coordinated with Sen. Tom Udall (D-NM) to President Trump, in support of the NEA and NEH.

The twenty-two other Senators that signed include our own Senator Ron Wyden (D-OR) and two GOP members, Senators Capito (R-WV) and Collins (R-ME).

Please read the letter and circulate it in your community.