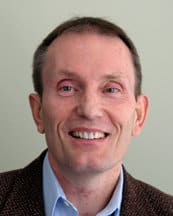 Bill Bulick, who served as the executive director of the Metropolitan Arts Commission (MAC) and the Regional Arts & Culture Council (RACC) from 1989-1999, passed away on March 15, 2018 at the age of 65. He had been living with Parkinson’s Disease for many years.

All of us at RACC extend our condolences to Bill’s family, including his partner Carol McIntosh, daughters Eva and Bita, and grandchildren Kaleb, Darmon, and Dalara.

Eloise Damrosch, RACC’s executive director from 2004-2017, worked with Bill as MAC’s director of public art in the early 1990s. “We were a very small joint bureau of the City and Multnomah County, giving grants and managing the public art programs for both entities,” she says. “Bill led the charge to undertake an ambitious cultural planning process. Out of several years of intense planning, goal-setting, benchmarking, and meetings emerged Arts Plan 2000.”

Arts Plan 2000 was the first cultural plan of its kind in the United States. “Many people helped create it,” Damrosch says, “but it was Bill’s dream, and he really laid the essential groundwork for what was ultimately to become the Regional Arts & Culture Council, a tri-county non-profit arts council praised by many to be one of the best in the country.”

“We still refer to Arts Plan 2000 often,” said Jeff Hawthorne, RACC’s interim executive director. “One of its recommendations was to secure regional dedicated funding for the arts, something we partially achieved with Portland’s voter-approved arts tax in 2012. When City Council recently approved a new plan to protect and expand affordable arts spaces in Portland, we noted that several of those recommendations were consistent with the plan that Bill advanced 25 years ago.”

Bill received the Ray Hanley award from Americans for the Arts in 2012, honoring his 40-year career advancing arts and culture both locally and nationally. Americans for the Arts President and CEO Robert L. Lynch said at the time that “Bill is respected for the work he did in Portland and around the country.”

“Bill was also an artist and musician himself, a champion for artists and arts organizations, and a change-agent for our council and our community,” said Hawthorne. “Many of our staff worked with him in the 1990s and remember how he was always eager to share his music in addition to his administrative talents. Those of us who knew him are mourning his loss while we also celebrate his legacy.”

For more reflection on Bill’s passing, visit Oregon Arts Watch. To receive information about a memorial service being planned for the month of May, or to send your condolences, contact Carol McIntosh at carolm@easystreet.net.