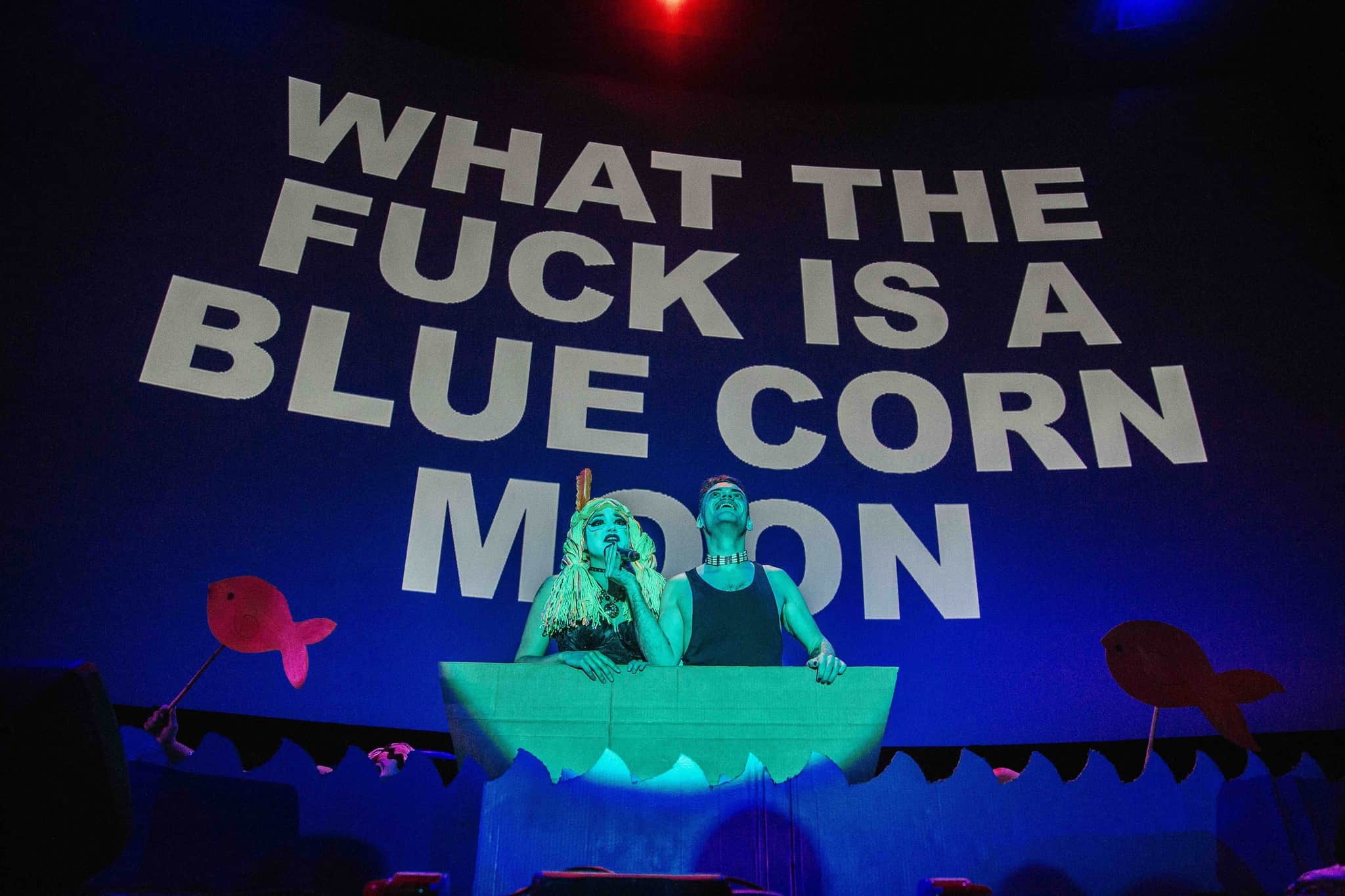 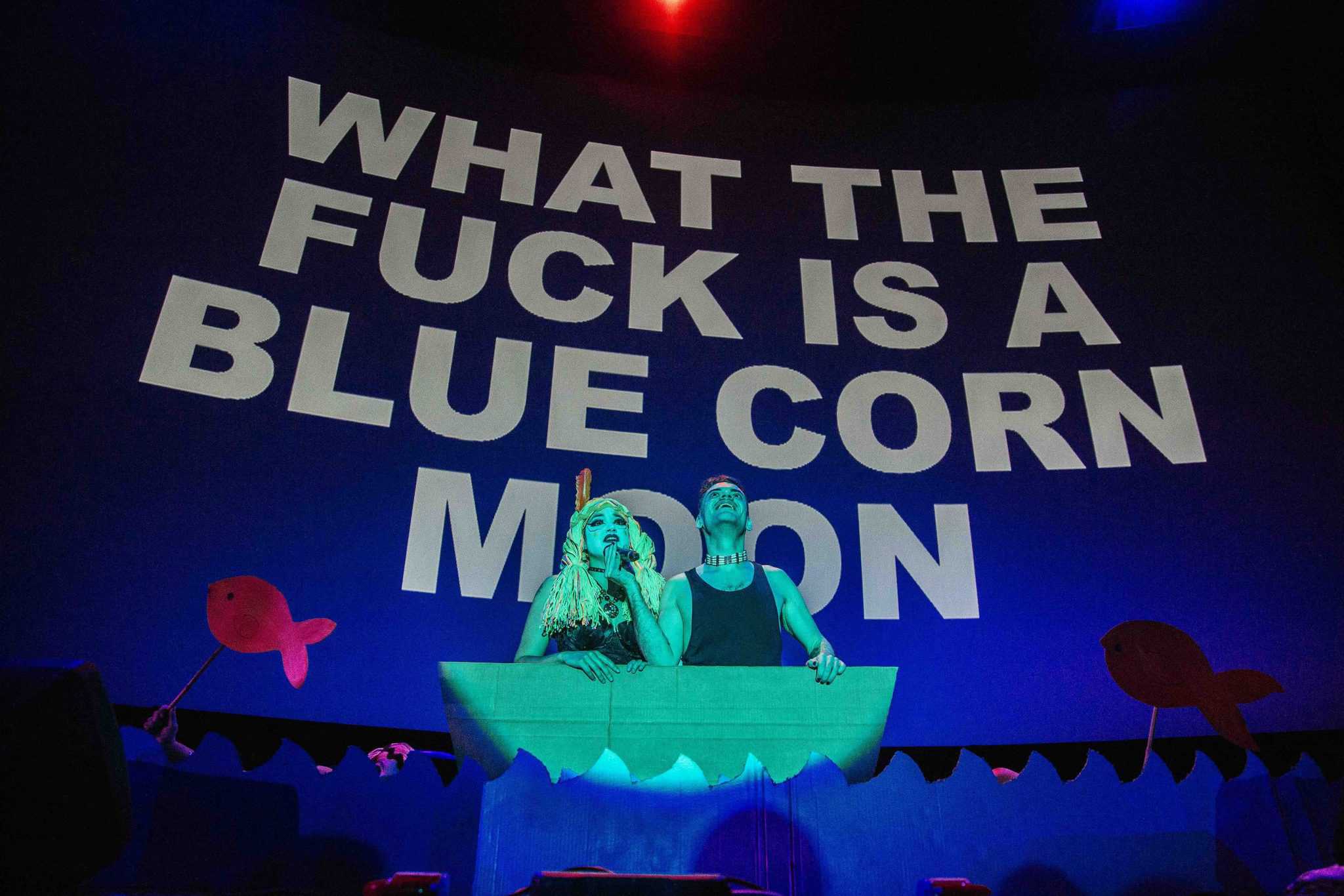 The next time a white Portlander proudly and publicly identifies as a “Native Portlander” or a “Native Oregonian,” ask them what Tribe – and then watch their brain paint itself into a corner. These “Native Portlanders” are the same Native Portlanders that say to me, “I was wondering where you were from, I would have guessed Italian,” when they learn I’m the real kind of Native (or “Indian,” if you’re actually one of us, or at least one of my family members). And then they raise me with my own question: “What tribe?” Usually I tell them, “Confederated Tribes of Grand Ronde, but most of my family’s from Siletz, and my brothers are from Warm Springs.” This is always greeted with the same glazed-over expression, because most white people have only heard of the Cherokee or maybe the Navajo. So lately I’ve learned to respond with something they can understand: “Spirit Mountain Casino!”

These kinds of interactions aren’t the best-case-scenarios I’ve experienced as a mixed Native Portlander and artist, but they represent the majority of them. Since I’m half German as well as half Native (which always leads to an awkward joke about having one foot in a canoe and another in a U-boat), most conversations with wishful learners are centered around revelations of my Nativeness. “Can you believe it? I almost thought he – or she? – or they were one of us,” I can read behind their eyes. I’m queer so I’m used to coming out. It’s fine. I just never anticipated I would have to do so much of it, or that it would one day extend to my Nativeness and my art and how audiences talk about it and whether or not they should buy tickets.

My friend Jackie – Jacqueline Keeler, who spoke on RACC’s Art & Power: Centering the Voices of Native Artists panel with Rose High Bear and me – pointed out that the majority of Native art is not bought by Native people; it’s bought by white people. It’s placed in museums and collections and guest houses, relocated and culturally reassigned just like its creators. But to appeal and sell as Native art, it has to perform successfully as such; it has to look like it. This only makes sense when considering the majority of Americans can only picture us as the Wild West myths they grew up with – just look at me and my ceaseless coming out of closets and teepees. After all, how do you know it’s Native unless it looks like it? 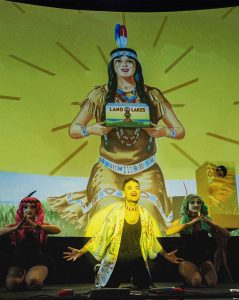 As a queer mixed Native Portlander and artist, my work – including my videos littering YouTube, my writing, my performances as Carla Rossi and my Queer Horror screening series – was always Native. My storytelling is non-traditional (and I mean not traditional to my Tribe, not non-traditional like video or drag as opposed to traditional white arts like ballet or piano, but I guess that applies too). But, as my dad once told me, it’s traditional to me. I’ve had to fight to have my work recognized as work and not just comedy or just drag or just queer or just-just-just. It’s amazing if you can even get someone to consider drag under the art umbrella since it’s so often seen as lowbrow entertainment for gay people, or reality TV at best.

And yet when I created my Looking for Tiger Lily project about growing up Indian in a white suburb – my first autobiographical performance featuring me as me and not just a drag clown parodying white people – then my work really started to get noticed as such. People weren’t so afraid to start calling me an artist, either. Part of it, I hope, is because of the strength of the work; but I can’t help but feel like part of it is also because a progressive white audience can go and feel accomplished for the day after hearing me confess my shame and self-hate and cultural reconditioning. They can share in a vulnerable moment and feel like they’re part of the solution, that they’re doing the work. Better yet there’s cowboys and Indians, Peter Pan, and animated trees in Looking for Tiger Lily, so now my work – if not my self – finally looks Native too, and the label sticks that much easier.

Racism is a double-edged sword. Right now Native artists and writers and performers and queers and other identity markers are lucky that, in the arts world at least, we’re facing the fashionable, equitable edge of that blade. I’m grateful for the engagement and the initiatives and the conversations and the work. I am. But the whole time I’m here working and writing and educating and engaging, I’ll also be watching, waiting, for that double-edged sword to turn.

Art & Power is a conversation series organized by RACC focused on uplifting experiences of historically marginalized communities in the arts to engage in safe and intentional dialogue. These conversations are free and open to the public. Art & Power will resume in February of 2019. Until then, you can read about our past conversations and you can email Humberto Marquez Mendez at hmarquezmendez@racc.org if you have any questions. 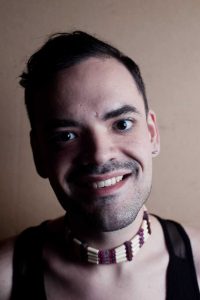 ANTHONY HUDSON (Confederated Tribes of Grand Ronde) is a multidisciplinary artist, writer, performer, and filmmaker perhaps best known as Portland’s premier drag clown CARLA ROSSI, an immortal trickster whose attempts at realness almost always result in fantastic failure. Anthony & Carla host and program QUEER HORROR – the only exclusively LGBTQ horror screening series in the country – bimonthly at the historic Hollywood Theatre, where Anthony also serves a role as the Community Programmer. In 2018, Anthony was named a National Artist Fellow in Artistic Innovation by the Native Arts and Cultures Foundation and among the inaugural cohort of the Western Arts Alliance’s Native Launchpad program to advance Indigenous performance. Anthony’s new play STILL LOOKING FOR TIGER LILY is in development through Artists Repertory Theatre’s On the Workbench program with a production on the horizon thanks to the generous support of a 2018 Creative Heights award from the Oregon Community Foundation; in the mean time, Anthony’s first evening-length show as Carla Rossi since 2014, CLOWN DOWN: FAILED TO MOUNT, will premiere at PNCA in Spring 2019 and is funded in part by Anthony’s third Artist Focus Project Grant from the Regional Arts & Culture Council. Find out more at TheCarlaRossi.com.