When we invest in the creativity of our youth, we open doors to fundamental facets of learning and self-discovery. This is exactly what Color Outside the Lines has been involved in for almost a decade: harnessing creative expression in foster children and opportunity youth* as a way of connecting with themselves and their community. For Color Outside the Lines’ latest RACC-funded program, the Unity Project, they paired 24 youths with 24 Portland artists to create original works of art that will adorn the Burnside Rocket Building at 1111 E Burnside St. 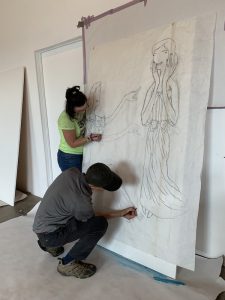 Youth in artist’s studio for the Unity Project.

Sitting five stories high, this structure will be refreshed with hand-painted 4×6 panels showcasing unique images and stories from each collaborative pair’s creation. From a shared love of dragons and psychedelic colors to an iconic bison representing a foster youth’s Native American heritage, this large scale mural is as diverse as the partnerships who composed them. All of this was by design.  Color Outside the Lines Founder and Creative Director Anna Barlow, alongside Development Director Crystal Ramberg, interviewed dozens of local artists. They sought to connect each foster youth with an artist whose style matched their interests. As Barlow explained:

“When we found out a little boy was into heavy metal and skateboarding or a young girl who loved everything whimsical, we knew who to pair them with. We wanted these relationships to go beyond a teaching experience and see these partnerships grow.”

What began as a summer apprenticeship between local artists and foster youths blossomed into a mentorship between two creatives. Studio time became bonding time. As each pair’s paintings grew, so did their shared vision and strong sense of camaraderie. This could not be more true for nine-year-old D and her artist partner, Jennifer Gillia Cutshall whose joint mural panel is emblematic of the bonds formed through their creative expression. It was said their connection was instant. “D’s artistic spirit matched mine and we worked together well, allowing inspiration to flow freely between us,” Cutshall remembers. “We made decisions together and altered the initial design to mirror the symbolism that matched us as a team.”

Entitled “Lady Justice is the High Rise of Unity,” their painting combines Cutshall’s fascination of powerful empresses with D’s love of nature and animals. Peaceful doves became city pigeons, those often overlooked yet resilient birds. And as D danced around the studio and sang her favorite song, “Blackbirds” by the Beatles, she and Cutshall thought black birds should also grace their painting. “We used pigeons and blackbirds because people don’t usually notice them,” D noted. “The pigeons are the underdogs and the blackbirds symbolize freedom from oppression.” 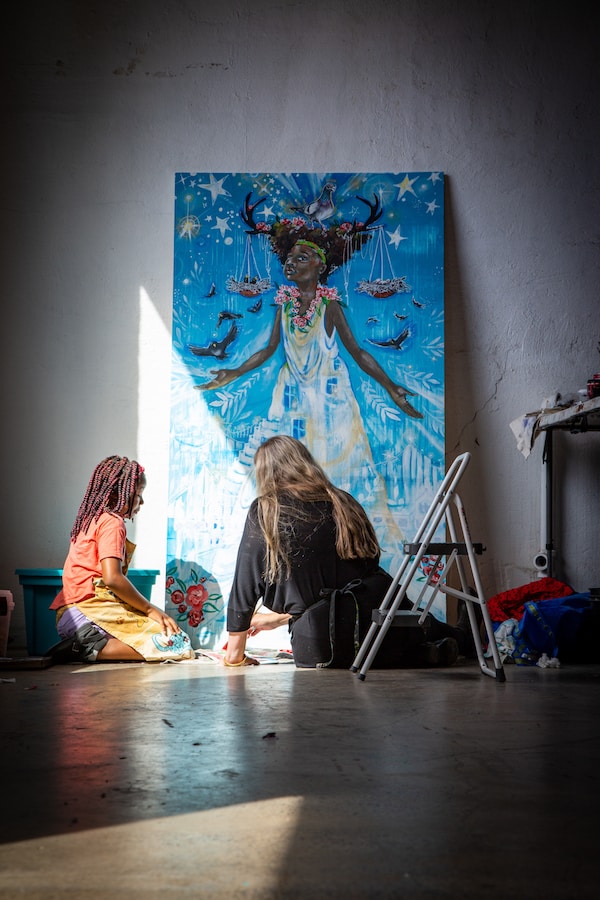 D and artist Jennifer Gillia Cutshall painting the final touches on their piece.

All of this from nine-year-old D who entered into the project overflowing with enthusiasm. She couldn’t wait to get to the studio after school and paint alongside Cutsall. Over paint brushes and acrylics, talks about their days became conversations of inspiration and hope; discovering deeper connections in one another each session. During the process of Cutshall painting spruced up bird nests with soft grays and browns, she looked at D and realized, D is Lady Justice: “She is hope, possibility, and she possesses the triumphant spirit of a brave warrior.”

Cutshall asked D if she would be the model for their empress and D delightedly exclaimed, “Yes!” The apprentice became a muse and together they merged their creative ideas into one. Little by little, their painting revealed progressive nuances in their completed mural. Their Lady Justice, who is traditionally blindfolded, gazes out onto the city with the awareness of youth’s power to overcome and shape a future in equity and unity. The unyielding power in their message is translated in every brushstroke that grew stronger through their time together.

For Cutshall, this partnership was a win-win. When Ramberg tapped her for the Unity Project, she embraced the opportunity. To be able to possibly inspire a young person and witness their growth was all she hoped for, but what she received was far more than she expected.

“There’s a bond that happens when you create something,” Cutshall said with a smile. “It sort of fast paces the friendship or connection to the person. D probably brings that out in everyone. She’s a super great kid to just be around. I’m sure I’m not alone in connecting with her instantly and I’m just grateful to have experienced this with her.”

Once the Unity Project was complete, all artist pairs reunited on October 12th where art lovers and supporters gathered at the Red Ecotrust. The 24 murals were on display for all to enjoy as the young artists reflected upon their time spent together–a summer filled with warm days in a studio that came to feel more like their own; a season they won’t soon forget.

In early November, the Burnside Rocket will be enhanced with these mini murals for the entire city to see. As these young artists grow, memories of a summer spent in self-discovery and creativity will live on for many years to come.

As for the future, the Unity Project seeks to create more opportunities like this and the collaborative artworks are just the beginning. Through community partnerships, the next phase dives deeper into nurturing each participant’s interests by opening up more avenues of expression through dance, digital media, music, sculpture, and more. The possibilities for creativity are boundless. All they need is that first spark of connection.

*opportunity youth: This term seeks to reframe language around the depiction of “at-risk youths.” By developing new words to describe our young people who face unique life challenges, we can reshape the trajectory of their future. 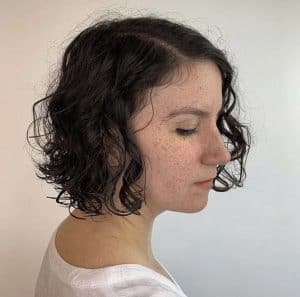 Taryn Sauer is an industrious writer with a copyeditor’s eye and a poet’s hand. Her work has appeared in a variety of newspapers and culinary publications, but what she’s proudest of is the small press zine, Facade, she created with her friends to raise funds for Planned Parenthood. When she’s not writing, you can find her in the kitchen recreating her grandmother’s New Mexican recipes. Check out more of Taryn’s work here.