Outraged by the senseless killing of Breonna Taylor by Louisville police, instrumental hip hop producer LuvJonez waged a 50-day Instagram campaign starting on July 19, 2020, to “shine a light” on an all-too-common story. Originally from Kentucky but now based in Portland, Luvjonez wanted to do something to bring more attention to Breonna Taylor’s case and keep her name in the public conversation. 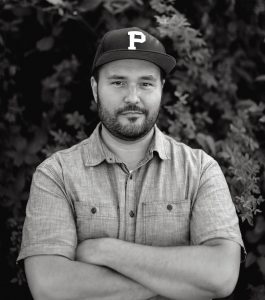 He collected all 50 tracks into this album, a collaboration with Devine Carama and others who contributed beats, shout-outs, voice memos, and more. “At first we were going to do it all on social media,” Luvjonez explained. “Just an Instagram campaign we would share, tagging folks – activists and others in Louisville to keep her visibility. We were going to do it every day until they read the verdict. But it was unsatisfactory so we just kept going.” One year later, this compilation still resonates as the wheels of justice slowly turn in the case of Breonna Taylor, and another unarmed black man was killed by police in June in Louisville.

When he saw RACC’s call for submissions “Capturing the Moment” was a perfect opportunity to create a time capsule of what had happened and what they had done as artists. “If people had missed the news of the world, they could put on a headphone and hear this,” he said.

Looking back on what’s happened since the project started nearly one year ago, Luvjonez reflected, “Sadly whether Portland or Kentucky it’s still relevant.” Today he sees the album as “a launching point for how we entered into the conversation” as he looks for new ways to address the ongoing instances where the killing of Black and brown people by police happens across the nation. 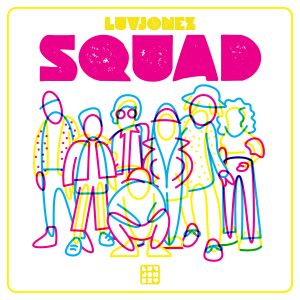 Luvjonez’s new album, Squad, is the result of the call he put out on social media in March 2020 when he was laid off from his job at Portland Center Stage due to the Coronavirus global pandemic shutdown. He reached out directly to friends to see if they wanted to collaborate while in quarantine and continued to stay active with other artists. “We kept each other company via Discord, Zoom, and Instagram, trading ideas and samples back and forth as often as possible,” he explained.

“I gathered enough material from friends and homies to make an entire compilation of these collaborations.” This compilation album gathers all of those elements into a single project and celebrates his coast-to-coast community of artists and creatives in the aftermath of 2020. “This entire project is a celebration of the people around me and a document of a time when the world shut us down but couldn’t shut us up.”