Jerome Sloan spent his youth in Portland’s Irvington neighborhood, starting his creative journey as a spray painter in the 1980s. Now he brings his work back home with a new mural Growth, part of Fresh Paint, a temporary mural program from Open Signal and the Regional Arts & Culture Council. Growth will be on view from October to March on Open Signal’s wall on NE Martin Luther King Jr Blvd between Graham and Knott Streets.

Sloan’s work documents the struggle to become a better person, drawing from his experiences during a long period of incarceration. At 19 years old, he was sentenced to life without parole. He spent the next 28 years within the prison system developing and leading cognitive programming to help ex-gang members change their lives, and teaching art classes to help others find meaning in creativity. In early 2022, his sentence was commuted by Governor Kate Brown for the impact he had on the young men he worked with.

He now brings his message to the area in which he grew up. “A great piece of art should compel you to take some sort of action or change the way you think,” says the artist. “I send my art out with the hope that it plays a part in changing people or moves them in a positive direction. It is my job to be an example that is positive.”

In this piece, two hands, with vines wrapped around them, reach up towards the sun — representing the need to grow to survive, and the act of reaching towards something bigger and more productive than oneself. The letters spell “growth” in an alphabet of his own creation, and in a graffiti style that he developed when he was young in this very area. The work reflects Sloan’s approach, taking a realistic image and pushing it into the abstract. “Through Fresh Paint we’ve been able to bring great local artists like Jerome into our community,” notes Open Signal’s Community Media Advocacy Manager KatMeow García. “This program is a true collaboration — what started as a conversation between the Regional Arts & Council and Open Signal now encompasses staff, artists, mentors and anyone who’s been impacted by the art. The mural may be temporary, but the connections keep going.” 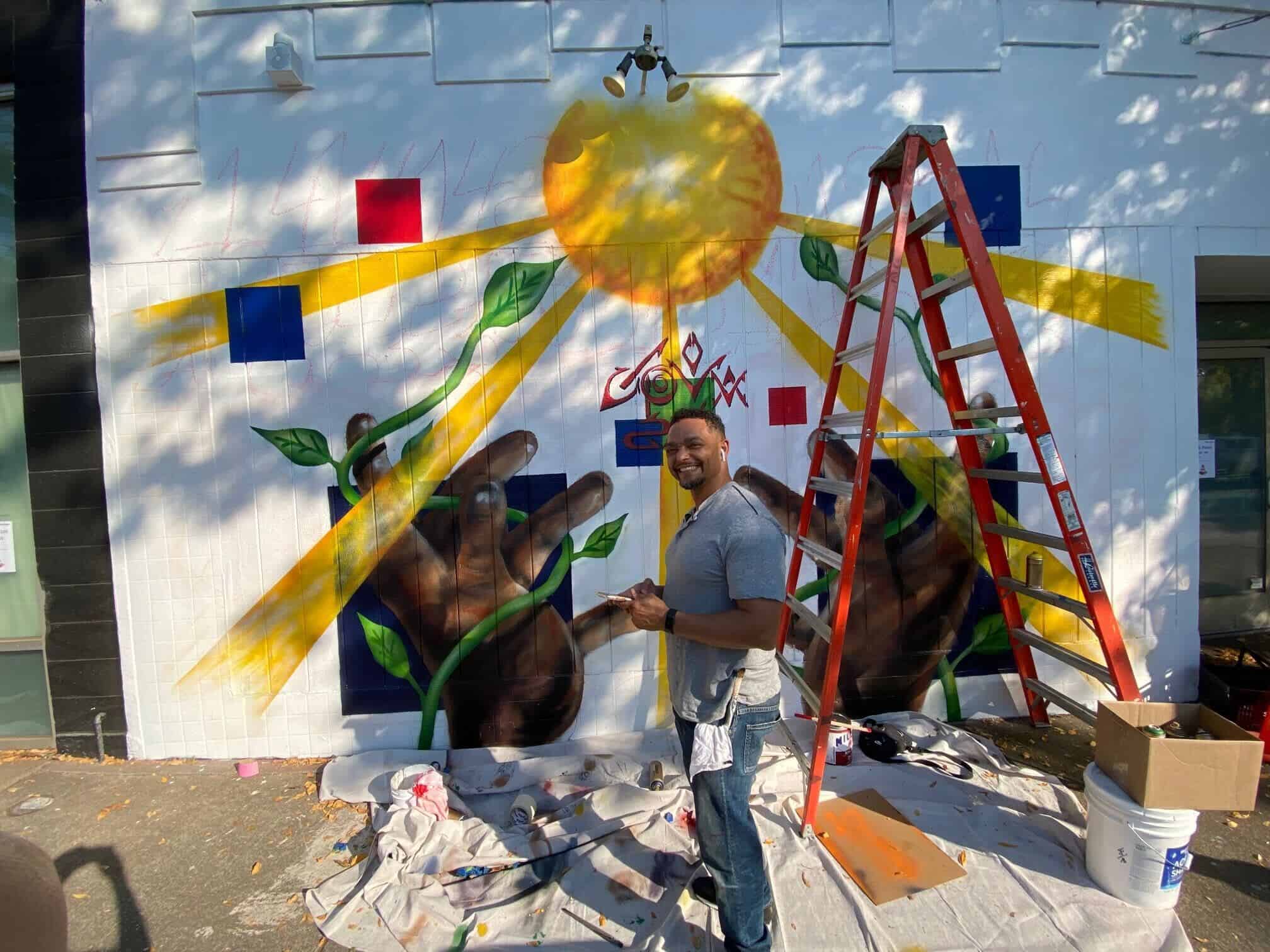 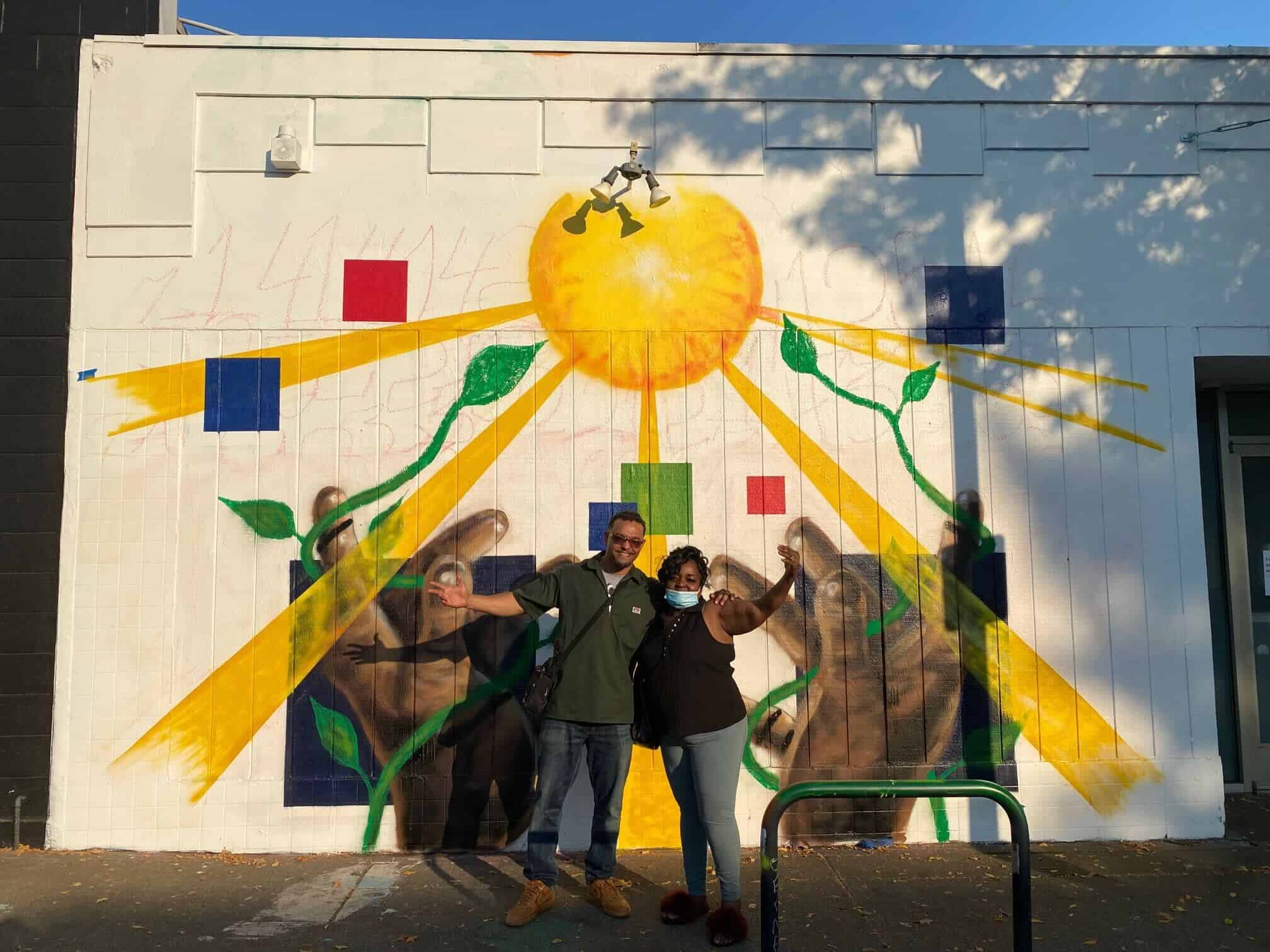 Fresh Paint is a partnership between the Regional Arts & Culture Council and Open Signal that began in 2017. The program supports emerging artists of color with their first publicly funded commission; the artists expand their creative skill sets and build paths to other public art opportunities. Sloan is the thirteenth muralist to take part in this program; previous muralists have included Molly Mendoza; the artist team of Bizar Gomez, Maria Rodriguez, and Anke Gladnick; and Zeinab Saab.

See more from the artist at jeromesloanart.com.