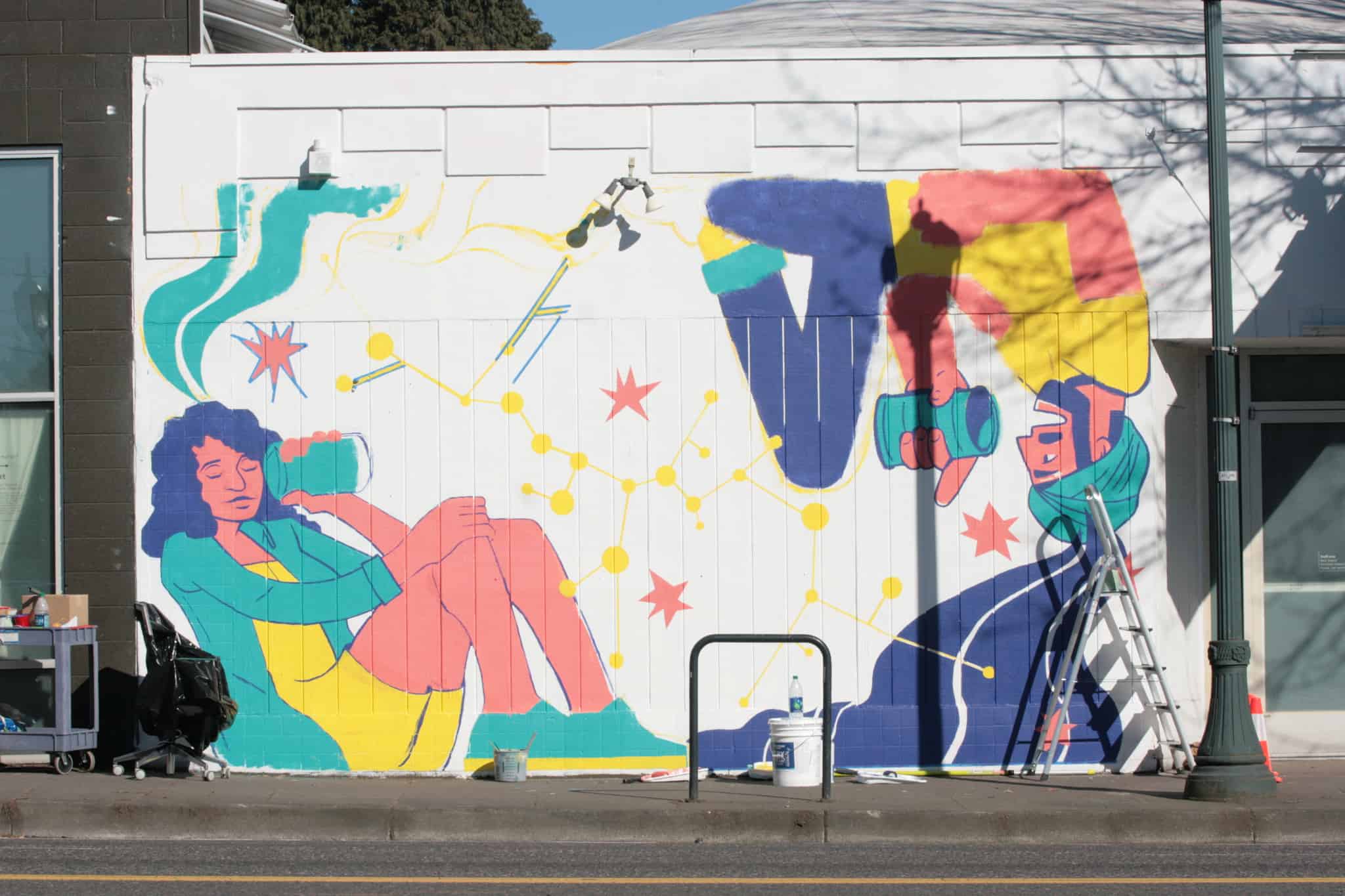 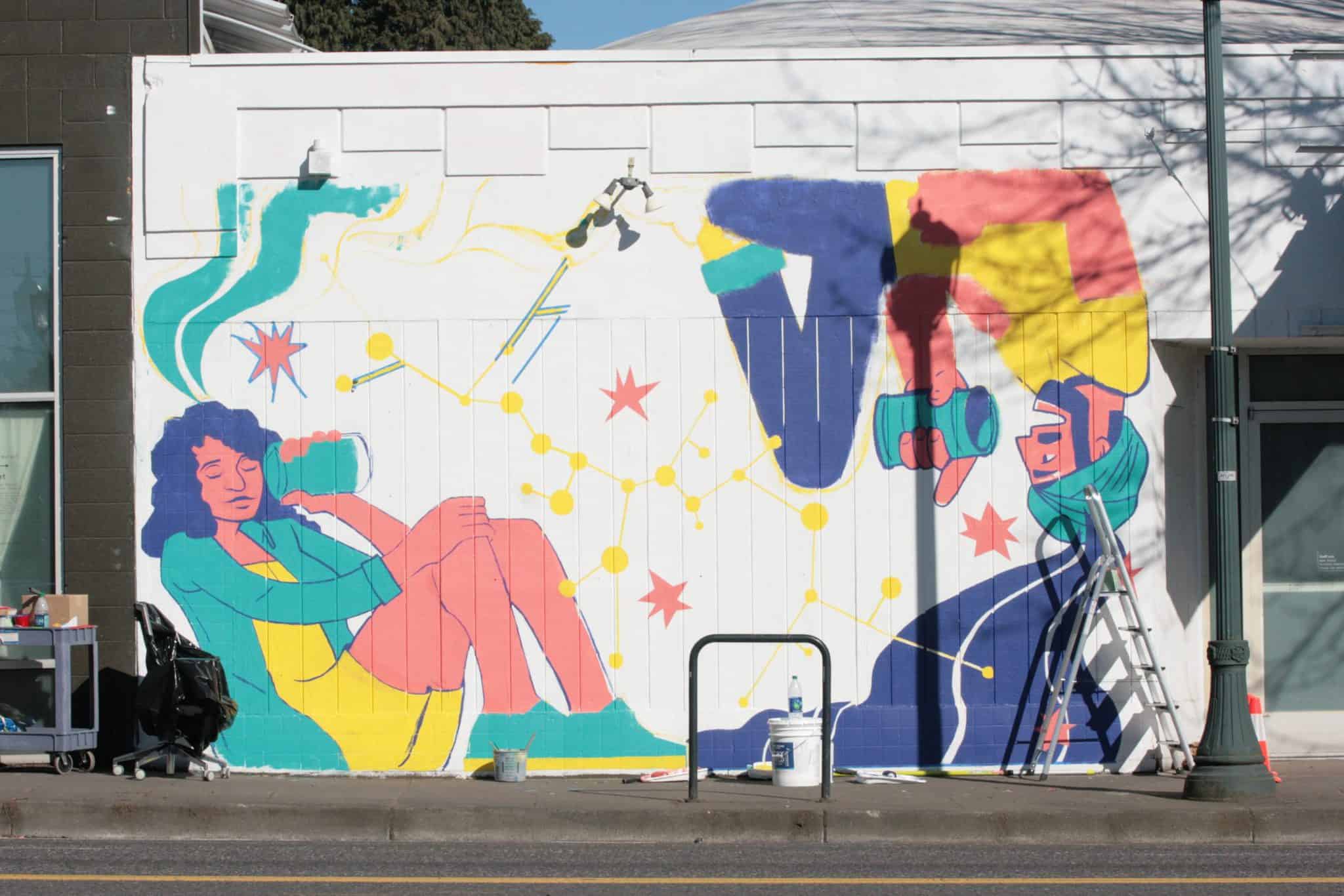 “We observe that in today’s political atmosphere, as more marginalized groups are speaking out about their plights and injustices towards them, there is a tendency for us to focus on the problems that only affect us most directly,” the artists said. “We get tunnel vision and don’t always look at the struggles faced by others outside of the spheres of identity that we occupy, be it race, nationality, sexuality, gender, etc.

“It is important to communicate to others that our fight is not more important than someone else’s fight, that rising tides lifts all boats and that through intra-community building, we can create positive change for everyone. With this in mind, we created this mural we that illustrates a scene [that] displays and encourages the growth that can occur when marginalized groups open up dialogues between themselves.”

The mural will remain on display through September 30, 2019. Two additional murals will be painted through Fresh Paint by artists Munta Mpwo and Limei Lai in October 2019 and April 2020.

Anke Gladnick is an illustrator who grew up in California and somehow found their way to Portland, Oregon. Through a mix of collaged analog and digital elements, Anke’s work is both visually and conceptually layered with a focus on the surreal and is inspired by dreams, nostalgia, and a sense of poignancy.

Raised in the desert of Phoenix, AZ and now living among the trees in Portland, OR.
Bizar Gomez is an illustrator and painter who is doing all he can to continue existing. Working primarily in Gouache, Graphite, Ink and digital media, his work involves mixing urban world iconography, dreamlike surrealism, stylized figures,and social consciousness to create interesting visuals and narratives.

Maria Rodriguez is a Mexican-American artist living in Portland, OR getting her BFA in illustration at the Pacific Northwest College of Art. Through shape and color she often explores themes of identity, culture, and nostalgia while also creating work that is playful and light hearted.

Fresh Paint is a professional development program, now in its second year, that provides emerging artists of color the opportunity to paint a mural in a high-traffic setting for the first time. The goal is for each artist to learn new ways of creating art in a public space, as well as to build their portfolio.