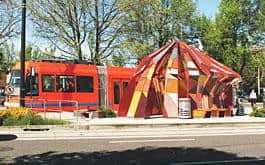 PORTLAND, ORE – Americans for the Arts (AFTA) has recognized 37 outstanding public arts projects completed in the United States in 2013, including two artworks managed by the Regional Arts & Culture Council.  A total of 345 projects from across the country were submitted to AFTA for consideration for this year’s Public Art Network Year […] 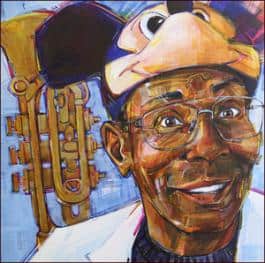 PORTLAND, ORE — Over the next two weeks, Portland artist Gwenn Seemel will be working on a mural-sized portrait of Kirk Reeves, the Portland street performer and musician who passed away in November of 2012. The 10’ x 30’ foot mural, funded by RACC, will be painted along the east facing wall of a building on […]

PORTLAND, ORE – Disjecta, Pendulum Aerial Arts, and Portland Jazz Festival will join up to 46 other local arts organizations receiving General Operating Support from the Regional Arts & Culture Council (RACC) in 2014-15. More than $1.1 million will be invested as unrestricted support for many of the region’s most established nonprofit arts organizations. General […] 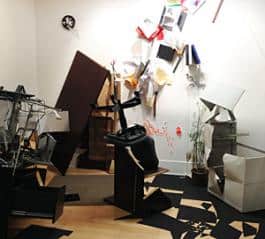 PORTLAND, ORE – On the surface Jesse Taylor’s Deconstruction Reconstruction: Office project has a simple premise—deconstruct the contents of a typical office space and rebuild/rework the pieces into a formal, abstract sculptural installation. But the artist’s ultimate intent is a bit more involved. Taylor also sees the labor associated with the deconstruction process as “work of […]

PORTLAND, ORE – The Right Brain Initiative has received a $210,000 grant from The Oregon Community Foundation (OCF). The Studio to School grants are a new arts education project made possible by the $150 million Fred W. Fields gift to OCF in 2012. The grants were awarded to just 18 non-profit programs across the state. […] 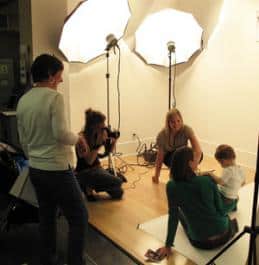 Portland, Ore – Public Displays of Affection, a participant-driven installation by artists Erica Thomas and Emily Fitzgerald, explores the shifting terrain of relationship building through the lens of the family portrait. The definition of the family unit is in flux. Opposite-sex, married couples with children now make up less than half of U.S. households, marking […]

Portland, Ore –  The Regional Arts & Culture Council (RACC) is now accepting applications from performing artists working in dance/movement, music and theatre for RACC’s annual artist fellowship award. Applications are now available online at racc.org/grantsonline.                      Since 1999, the RACC fellowship award has honored and supported uniquely talented local artists who contribute to the community in […]

A unique collaboration between non-profit and design industries raises funds for the arts in schools PORTLAND, ORE — The Right Brain Initiative has released Brain Food, an exploratory activity deck designed for use at home and school by children ages 4 and up. The fifty activities reflect the integrated and creative learning that Right Brain […]

“In Truth,” an installation at the Portland Building by artist Wendy Given, opens April 28th 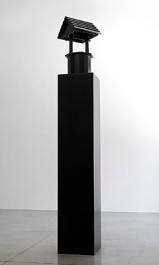 Portland, Ore – Continuing her work centered on the production of uncanny and unnerving contemporary photography and sculpture, artist Wendy Given will present an installation at the Portland Building that employs three interactive sculptures designed to usher the viewer towards a face-to-face encounter with themselves. The three works, a “true mirror,” a wishing well mounted […]

Portland, Ore – On April 6, the Regional Arts & Culture Council (RACC) will host a community forum for musicians, bookers, managers, writers, label owners, and all the folks who make music happen in Portland. “Happening! A homegrown local music forum” is an exploratory conversation about how music works around here, and how artists and […]

PORTLAND, OR — New Season at the Installation Space: The Regional Arts & Culture Council (RACC) is pleased to announce a line-up of nine new installations by local artists at the Portland Building Installation Space. Over the next twelve months artists representing a wide range of approaches to art making will be featured in 4 […]

PORTLAND, OR — Today the Regional Arts & Culture Council (RACC) released its annual report for 2013. This year’s report, designed entirely as an online experience, is available at www.racc.org/2013annualreport. It includes highlights of RACC’s activities last year in service to artists and arts organizations in Clackamas, Multnomah and Washington Counties.   Among the organization’s […]

PORTLAND, ORE –  Joseph Kucinski’s upcoming installation at the Portland Building is aimed at capturing a moment of wonderment and curious expectation. To accomplish this he looks to his childhood for inspiration: “The world was alive and everything in it could be a new adventure, even the mundane garage had infinite possibilities.” Kucinski’s exuberance is […]

Portland, Ore – The Regional Arts & Culture Council (RACC) invites nonprofit organizations in the City of Portland to submit proposals for projects that provide arts-related services to communities of color, immigrants, refugees, Disabled and LGTBQ communities. Applications are due by March 14 at 5:00 p.m. In May, RACC will announce grant awards ranging from […]

44 local arts organizations will receive grants immediately   PORTLAND, ORE – The Regional Arts & Culture Council (RACC) today announced it has awarded 44 grants totaling $150,072 to local arts organizations. The announcement comes on the heels of the first round of payments from the City of Portland’s Arts Education and Access Fund (AEAF). […]